Two models that I have completed since my last post of the Mustang Gasser Funny car. 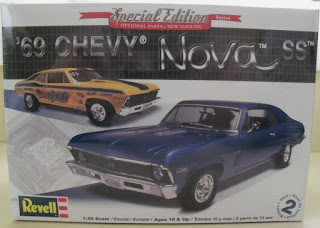 This is a 2 in 1 kit, so it comes with all of the extra parts to create a stock version or a drag race version.
I chose to go a little closer to the drag race version, but more of a "weekend racer" as opposed to a full on, dedicated drag car a pictured on the box. 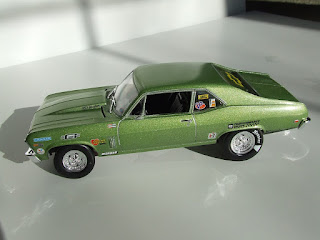 I chose to use a nice Chevy green color that I had left over from a Z28 kit that I did a while ago.
Big drag slicks on the back, Custom wheels. Sponsor decals. 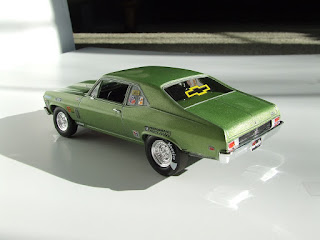 Looks more like something you could drive to the track and then make some passes, instead of a "trailer car" that only sees racing duty. 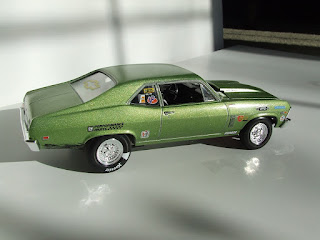 The kit even came with a very convincing decal that looks like melted rubber on the quarter panels behind the tires. 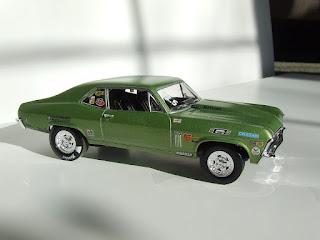 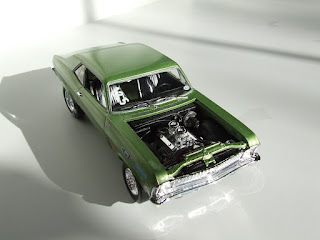 And a nicely detailed engine straight out of the box!
I didn't add any extra wires, hoses or details... just a straight forward, no frills drag car.

And the next one I finished was Revell's La Ferrari Kit.... 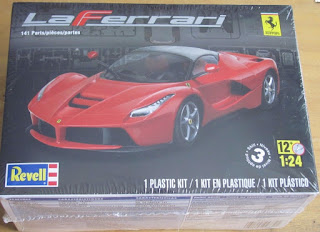 A fairly complicated kit, of a very complex car. The extra parts (141 total) were necessary to re-create all of the fancy shapes, ducts, and engine parts.

It was going to be a nice metallic blue... but after the basecoat of paint, and before the clear-coat... I kind of liked the satin blue the way it came out... so  I went with it. 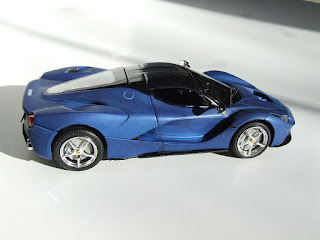 It looks now, in the bright sun, like it could have used a second coat of blue... but the sun hasn't been out in weeks, and the my new table location is down the basement, so I probably didn't notice. 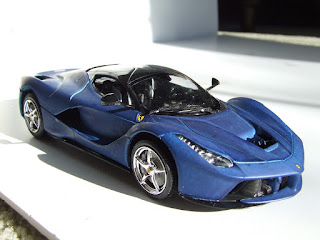 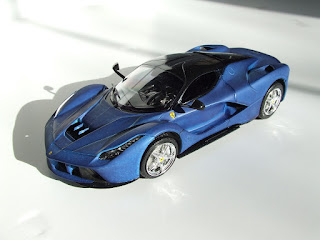 Overall a great kit, with lots of detail. A few of the parts locations were a little vague, and required a couple of test fittings... but nothing out of the ordinary. 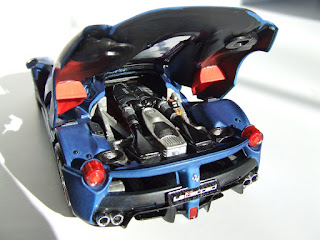 Some extra detail painting, and contrasting colors, and it really comes to life.
My biggest "oops" moment is the ducts on the engine cover... The instructions say to paint them red... Well, I think was supposed to be if you are painting the car red....
I always like when they call out a color as "body color" rather than a specific color.
I rarely build a kit the color on the box.

I have one other one finished that was a bit of a "slump buster" that was done in-between these two, and yet one more on the workbench, but I'll do more on them soon!